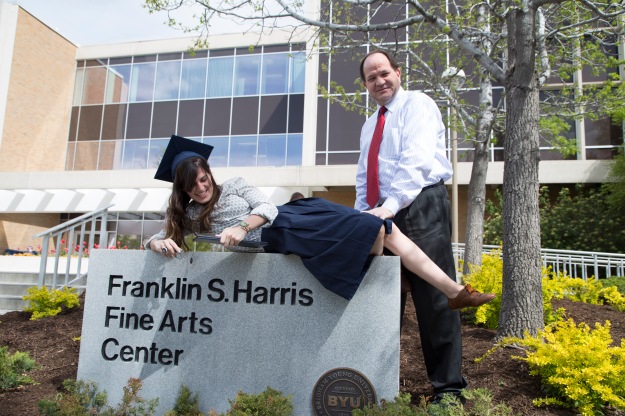 “The only man a girl can depend on is her daddy.” This quote is from Grease, but it’s something my dad likes to remind me repeatedly.

The other day someone asked me about my dad and started talking and couldn’t stop talking about how great he is. Because, he’s really great. He’s kind and funny and has pretty much perfect perspective on life.

.He taught me how to fish when I was five-years-old and then hid the fish I caught from me because I was so scared of it.
.He taught me how to shoot a gun.
.He taught me that there’s more to life than making money (even though he’s an accountant).
.He made us weird Japanese food that ended up some of my favorite dishes and made me super cultured.
.He took us on camping trips and taught me how to make a toilet out of a stump.
.Including the father-daughter campouts where we’d shovel gravel. For some reason shoveling gravel ranks among my fondest memories.
.He watched old movies with us that I thought were cool because he liked them and now I think they’re cool because they are.
.I used to watch basketball with him all the time because it meant I could eat some of his popcorn. I’d fall asleep with my head on his stomach listening to sounds his stomach made.
.He didn’t get rid of my dog even though it barked at him all the time.
.He has a new (fish) family but he still has room in his heart for us too.

A friend of mine, who says he’s a marriage and relationship therapist but I’m starting to think it might be a front to get people to tell him all their secrets, was telling me that research shows that the relationship that has the most connections with someone’s emotional well-being is the relationship between a father and a daughter.

I realize how blessed I am to have a loving, present father because it’s something that is becoming more and more rare. 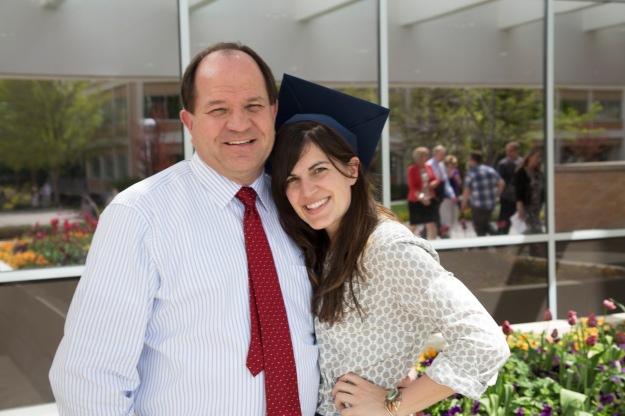 My friend Babetta always says that her “daddy issue” is that her dad is too great and she’s not sure anyone else will compare. I’m on vacation with both of them right now and it’s probably true.

If you want to watch a good movie about a good dad go watch About Time.

In closing, I leave you with the advice my dad always told me when I left the house, “Be good. Have fun. Drink Sprite.”

There was an error retrieving images from Instagram. An attempt will be remade in a few minutes.