Sweet Ty Burrell, who won me over with his performance as an Interpol agent in Muppets Most Wanted, recently wrote a love letter to Salt Lake City. Since ideas seem to mean more coming from celebrities, you can go ahead and just read that but I wanted to add some photos to his thoughts. Utah is not the worst.

It’s been green and lovely this Spring and it’s really starting to feel like home.

Pretty, right? It’s Utah’s “big city” but it’s not far from the mountains. I like Salt Lake because it is home to many people that I love. It has parks with outdoor concerts in the summer (Beck is coming this year) that only cost you $5. There are good eats and up-and-coming companies, pretty buildings that belong to different religions, and easy-to-use public transportation.

One hour away from Salt Lake is my home.

My senior year of high school I told myself I wasn’t moving to Provo. But here I am seven years later and I’ve only lived away for the couple of years I was in Italy. I had a hard time accepting that Utah was pretty because it’s not green like my homeland. The two places are different, but the nature here is great in its own way.

Also pretty. There will be many posts to follow about all that I love about Provo. Now that I am graduated I keep thinking of moving away. I probably will, but it will be a bit heartbreaking.

I spent the last week up in Park City working as an assistant for someone in LA who is remodeling a home up there.

This is Park CIty: 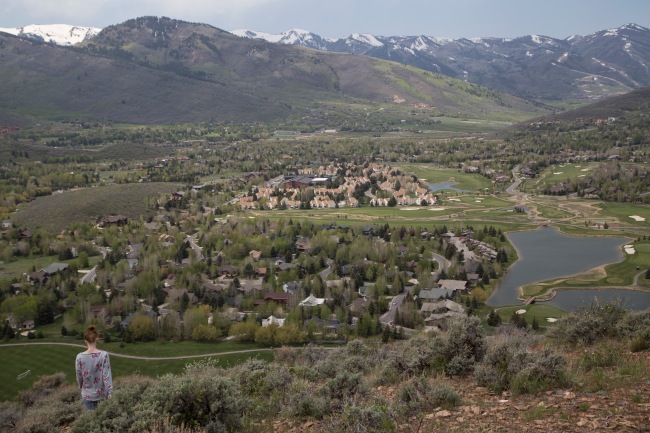 This is somewhere in between Provo and Park City:

Not the worst commute.

So, if you haven’t, you should check out these big-little, often overlooked, cities. They’re not so bad.