I’m not going to look back over my entire decade those posts are stressing me out. That’s way too much time to reflect on. Though it was a good decade that more or less spanned my 20s…where I think a lot of growing up happens. But instead I’m going to just talk about the last two years.

2018 was my year of rejection. Starting with the notice of my divorce being finalized on January 2nd. Temporarily homeless, though kindly taken in by a friend. Then my car broke down. Then I can’t even tell you how many job interviews I went to. Left a job that was too little pay and physically painful. I got a house but was living with strangers. Ru got sick, and it was nothing serious, but still felt like my fault. No insurance anymore so I adjusted medications. Just, generally, not great. You know? Managed a lot of fun and grew closer than ever to friends and family, but still feeling the weight of one major rejection followed by many more less important, but still weighty, rejections and generally feeling like a trash human.

And as we know my motto is

This year hasn’t been free of rejection by any means. One of my favorites is the one date I set up from a dating app who ended up not showing. His name was Jerome and luckily I had discovered Lizzo shortly before and she has a song for that.

But the difference between these two years is something I mentioned before on this blog that my physical therapist told me.

You can’t heal when you’re in survival mode.

I tried to do a lot of things while in survival mode. It was trying hard to put my best foot forward at interviews when I really believed I was worthless. I knew, and they knew, my heart wasn’t in it. My heart wasn’t in anything.

I was having regular anxiety attacks over things that didn’t matter much, I was scrambling for control and became more of a perfectionist than ever, with almost nowhere to direct that perfectionism.

But I also made amazing friends and amazing connections, on the outside I was so loved and I knew that. Got to go to Europe, a few of my favorite places in Italy and Harry Potter Studios. Absolutely fell in love with Ireland. But I felt like I was dragging myself along. I got sick a lot. Felt like I’d die of a heart attack, felt like I couldn’t breathe even while I was breathing. Got really tired of having to tell people I was divorced over and over again because news travels slowly. Found out on my

I wish I could tell you the secret to turning things around but I don’t know. Sometimes I think you just have to take it one day at a time and wait.

I ended 2018 and started 2019 working on videos with one of my best friends. It was a short-term gig but reminded me I don’t suck at everything. I started writing promos for BYUtv as a contractor thanks to another friend connecting me to someone over there.

I made a list of impossible goals and didn’t even come close to achieving them, but that’s another issue. I did more or less stick to my motto of, “Manage Expectations 2019.”

I replaced roommates with ones that are friends and even though having two dogs in the house now is crazy it means more unconditional love to go around.

Sometime around March I decided if I was going to be a writer I better start calling myself a writer instead of “I do a little bit of everything.”

I was at a Braid Workshop and while it’s mostly people starting up businesses I usually said I could do videos etc. But at this one I said I was a writer and I was looking for full-time work.

And since then the job has morphed a few times and may soon end up being something very well suited to my skills.

Meanwhile, at that job I’ve made very important friends that have mentors and emotional support humans whether they know it or not and I’ve turned previous friends into coworkers by referring three people.

Somehow I juggled both jobs and got to write and produce content that was meaningful to me–pieces on mental health and things that are just fun, like a 20-minute episode that aired in theaters (but may never be seen or heard from again). I’ve learned a LOT–both about shows on BYUtv and all kinds of health issues and how does affects them.

I’ve continued to meet amazing people and build relationships even though I feel myself growing more and more introverted every day.

I was so annoyed previously that I was getting rejected from jobs. More than one said my interview went great but they weren’t hiring a writer anymore–great no one needs writers anymore. And even a new, great job has its very real challenges and anxiety-inducing moments. I got overwhelmed by all the things I could be/should be doing. I still do.

But now instead of rejection and survival mode. I’ve entered a stage of feeling valued and it feels more like healing. Healing is a process though. Takes not just time but work.

I’ve tried a lot of “relaxing” things in the last few years and most of them don’t do it for me but I’m currently soaking my muscles in CBD infused water and it’s maybe actually helping.

But I’ve been wanting to write this for a couple weeks now so I’m also typing this on my phone while I do the above. Because, like I said, bad at relaxing…

But I really wish I had some secret to tell you? Is it time? I don’t think just waiting for change is enough. But it does take time and you can’t avoid or skip over the waiting part. Is it therapy? Probably, definitely. Is it self care? Yes.

Does self care mean as my brilliant cousin suggested: scheduling time to poop? Yes. It’s a game changer. Similarly, another friend said, actually peeing when you need to pee? Yes. Drinking more water? Highly recommend. These are basic, no brainers, but also really hard when you work all the time. I just drove back from Oregon to Utah and didn’t realize until I got home and was shaking that I had forgotten to eat. It’s not that I don’t know eating is important, it’s that we have busy lives that make it easy to hyper focus on tasks and forget the daily things we need to do to, well, stay alive.

So, if you’re still with me, I’m sharing this story solely because it’s the only story I know well. It may take longer than a year to get out of your personal survival mode period. It might take a lot less. Some of us get stuck in survival mode even when we are safe because trauma is a jerk like that.

And while I’m healing now, I’m still tired all the time and still love too easily, and make a lot of dumb mistakes and am never organized but I gotta learn to love myself in spite of and because of those things.

Third week in a row, who thought I’d keep this up? I sure didn’t.

This Thanksgiving I went to my friend (and writing partner) John’s house to spend time with his entire family—they’re all delightful. As a result, I didn’t plan anything and just went with the flow, even willingly seeing Frozen 2 for the second time in one week. The older (and wiser?) I get the more I realize I have control issues.

It feels good to be in control so we all try and find control in whatever ways we can. I get really bossy when given any kind of power. But we can’t ever really be totally in control of our lives. Outside elements, other people’s choices, our own limitations, and a slew of other things keep us from being able to just do whatever we want.

So the point of all this is that it was really refreshing to go somewhere for the weekend and not worry about or try and control anything. I didn’t do any work—except for a second. We only worried about our writing project for a set couple of hours—and it went really well because we were focused and in it. And now I actually feel—dare I say it? Refreshed. The ability to relax is not something I’m good at, but I think I managed to do a little this past week.

I’m fortunate to have a flexible job in the sense that I don’t have to be there right at 8:00 on the dot. Because of that, and the fact I can’t really sleep in, I have set an alarm maybe 5 times this year. I realize not everyone can do that, but it’s been amazing. The sound of alarms has caused me so much anxiety over the years and that’s no way to start your day.

I found a Twitter thread where people were responding with places you can go to totally unplug and it had me thinking that might be a great vacation sometime.

Is there a place that isn’t jail where you can check yourself in and everyone has to leave you alone once you do?

Being Grateful for Where You’re At

Okay, so it was the week of being thankful. On the theme of not being in control, I cannot say that I’m totally where I want to be in life right now. Having a hard time when I interact with people younger than me with 3-4 kids who are happy and established in their career. Or people who are single and seem to be having a lot more fun than me. Or people who are married, and stay married. There are a lot of people I’d like to be like for different reasons but the moral of it is…

The grass is always greener. There are things I can do as a single person I wouldn’t be able to do if I was married—like visit a friend for thanksgiving. And things I definitely couldn’t do if I was a mom—like sleep.

Okay, I mentioned Frozen 2×2 times I’ve seen it now. I had a lot of issues with it. Probably random things that only bug me for a some of them. Like Olaf’s song about how everything will make sense when he’s older? Like, I don’t want my kids to think like that. I want them to question and learn as they grow. Obviously there will be things they won’t understand yet, but he’s going on and on about how things are scary but it’s probably okay. When, it’s not, spoiler alert, the dude is actually in real danger at the time he’s singing it and maybe it’s not okay to just assume things will get better when you’re older. Because they won’t.

Also saw Charlie’s Angels. All I had heard going into it was everyone saying how hot Kristen Stewart was and if I’m being honest the other two (look up names) were way hotter. Nothing life changing–though Elizabeth Banks saying, “Hugs work” is going to stick with me. And there were some good clothes. 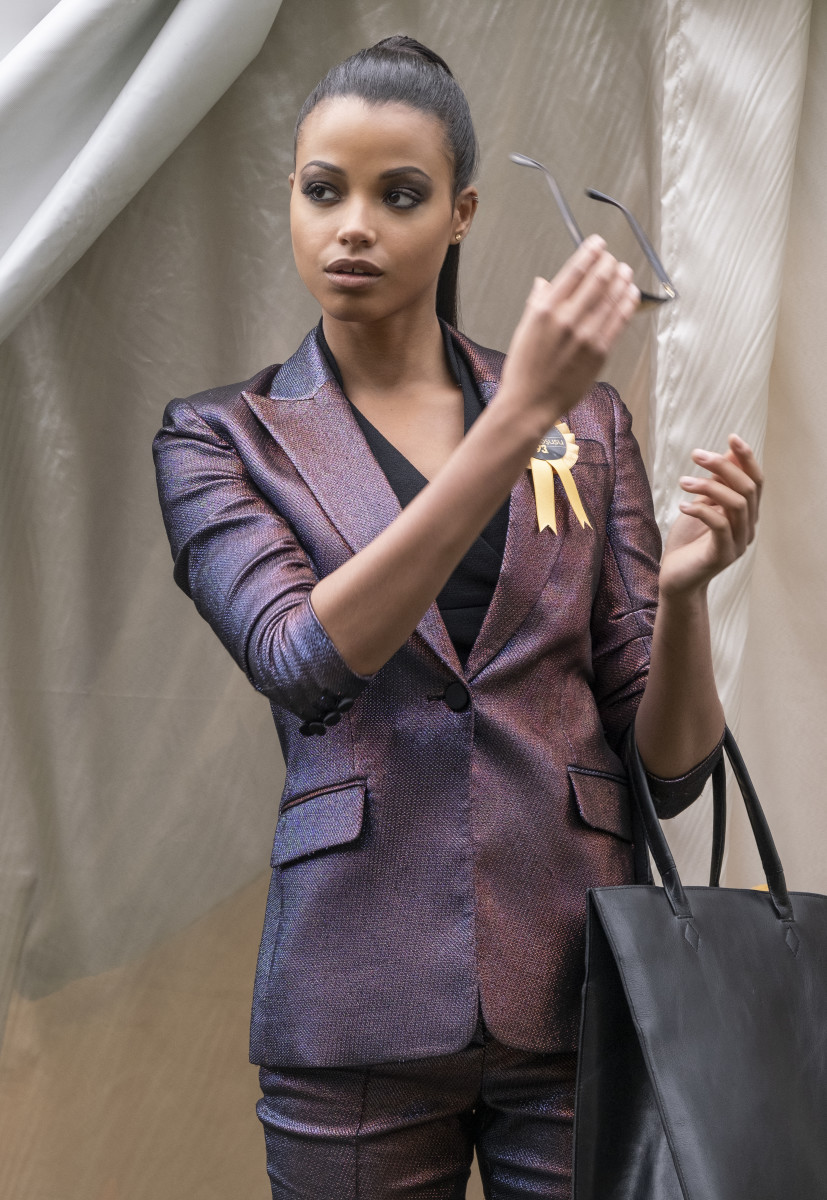