I’ve basically been working since 8am this morning and all day I just wanted to make a playlist to Scotland for the UK. So here it is, from my tired brain.

Sam Smith – Stay with Me

Katy Perry – The One That Got Away

And then when Scotland finally leaves they’ll be all…

And Scotland will be all…

And then when the UK comes to terms with it, they’ll be all…

When you’re little and you touch a hot stove and get burned everyone says, “Well, now you know you weren’t supposed to touch that.”

But when you’re grown up and you get your heart broken people don’t say, “Well, now you know you shouldn’t love.” They tell you, “there are more fish in the sea.” or “You just need to put yourself out there more.”

If you can’t shoot a basketball you just choose another sport to play, but if you miss the shot on relationship after relationship you have to just keep trying. If I failed at anything else in my life as much as I’ve “failed” at dating, I would’ve given up long ago. But there is no other sport to play. Until arranged marriages catch on around here you’re on your own and dating is the only thing you have. There’s no way out. 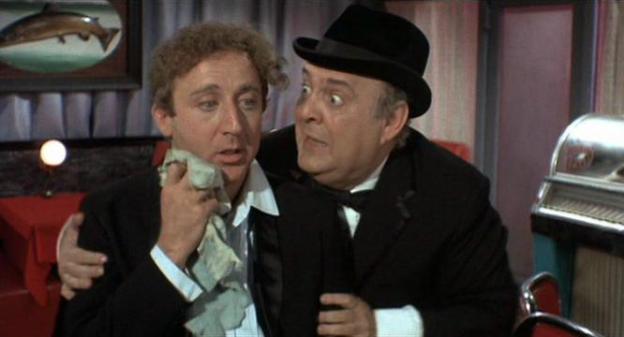 If you want to get married someday, you don’t get to give up. No one is going to come find you watching Netflix and demand you marry them.

You don’t get to use the logic that you learned as a child to avoid things that hurt you. In my experience, it doesn’t matter how a relationship ends, it always hurts. You’re going to get hurt. I want so desperately to just give up and be jaded and bitter every time it doesn’t work out. I want to say that I’ll never love again, that it’s too hard, hurts too much, that it’s not worth it. But, I’m a serial lover and I watch a lot of romantic comedies and something in me believes it will work sometime.

People like to say that the definition of insanity is doing the same thing over and over and expecting different results. Maybe that’s why dating makes us crazy–it doesn’t work until it does. The facts are simple: some people find their soulmate in the first person they date and some of us have to date a lot or wait a long time to even find someone to date.

When you fail a math test, you know you have to study more next time. If you want to win a race you have to train harder. You can’t really date harder, you just have to keep trying and keep looking until you find someone who wants you as much as you want them. If you try too hard people just think you’re desperate and that’s a huge turn-off. ha.

You don’t get to control it. Isn’t it interesting that it takes two people to start a relationship and only one person to end it? You might think you’re in control, but you’re not.

So why bother at all if it just seems like it’s all luck? Because you have to.

You have to go into every relationship whole-heartedly, you have to believe it could work each time or your condemning it from the start. It’s a lot of investing and it really sucks sometimes. I admire people who can love freely and without restraint. I’m sometimes that kind of person, but not always.

You can get better at relationships and become a better person. Dating, and the vulnerability that comes with having an intimate relationship with someone, teaches us all kinds of useful things about ourselves and about relationships but the practice only helps so much.

I keep thinking “I’ve paid my dues” because I’ve dated a lot. That it putting myself out there again and again should have yield lasting results, but I’ve been forced to learn that that’s not how it works.

It’s like inventing something. Some things are created on accident and some after years of trial and error. So don’t buy that cat quite yet…

Anyone want to argue this and tell me I’m just doing it all wrong? Let me know in the comments.